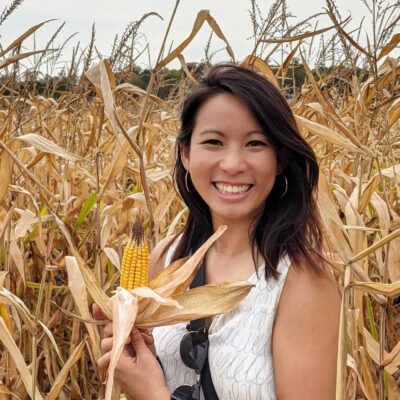 A second generation Chinese-Canadian from Toronto, Yvonne Ho is a cross-disciplinary designer with a passion for crafting inclusive, user-centered and engaging experiences. As a product designer, she works with some of the world’s most innovative organizations to build and launch digital solutions for complex challenges. She enjoys exploring new mediums and learning new tools for collaborative making.

Yvonne studied at the York-Sheridan Joint Program of Design where she received her B.Des (Honours) in 2011. She has had her work included in the book Beyond Illustration: Designs and Applications, Applied Arts Magazine, and How Magazine.

My memory space is a reflection and celebration of the East Chinatown community, a neighbourhood that has been undergoing change from gentrification and immigration even before the pandemic. Once a busy and thriving hub for Chinese Canadians and locals, many of the businesses and residents began to migrate north, leaving behind empty storefronts and smaller crowds.

My virtual landscape is a walkthrough of East Chinatown through the past and present. It is centered on Toronto’s only Archway (牌坊, páifāng), which is located in the heart of the neighbourhood. The Archway acts as a bridge between the past and present — My memories from the past highlight the vibrant groceries stores, the restaurant that I had grown up eating at from my 100th day birthday to the day it closed, the handwritten signs on bristol board, and a souvenir clock that my family purchased to support the construction of the Archway. In the present, some stores have long been boarded up and others have changed ownership. A fire in 2013 destroyed the historic building on the corner of Broadview and Gerrard, and has since been converted into a fast food chain restaurant. In the background, a recording of sounds overheard in Chinatown captures the experience of walking down the street. A video loop of pigeons briefly gathered in front of the archway before dispersing, reflects the cyclical migration of ethnic enclaves in this city and the ongoing evolution of these spaces.

I am uncertain about what East Chinatown will become, but my goal is to pay tribute to the intangible and tangible heritage imprinted in my memories and within the physical environment. Years from now, the Archway will continue to stand as a legacy to this vibrant community who contributed so much to Toronto’s economic, social, and cultural fabric.

Thanks to Lilian Leung for your support and the opportunity to participate in this learning workshop.

All images and video (from 2020) are provided by Yvonne Ho 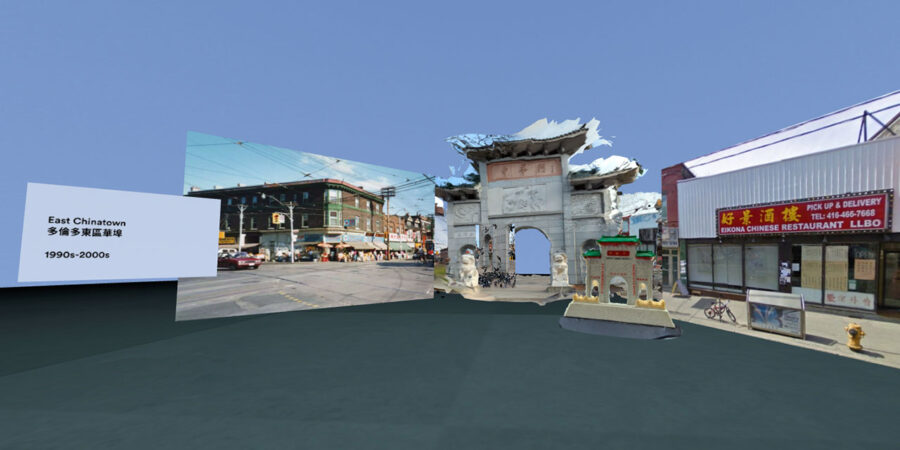