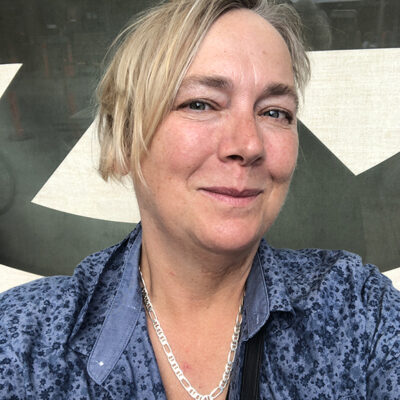 Elizabeth Littlejohn is a communications professor, human rights activist, photojournalist, and documentary film-maker, who teaches at Sheridan College. She just finished directing and producing a feature documentary about the history of the Toronto Islands called ‘The City Island’.

‘Theatre Palimpsest’ is the visual and aural timeline of 285-287 Spadina at the corner of Dundas and Spadina in the heart of Toronto’s Chinatown. In this three facade building, the highly political Standard Yiddish Theatre was opened in 1922, and became the Strand Theatre in 1935. After WWII, it became the Victory Burlesque. In the 1970s, it was converted into the Golden Harvest Theatre, which played Chinese action and cultural films. It ended its long, multicultural reign in 1989. I discovered its layered past as I was scanning medallions embedded in the sidewalk – clues which became portals to its complex past. For ‘Future Memories’, I re-created its layered history through A-frame, architectural scanning, mesh modelling, and a chronological soundtrack of music that would have been played during its different heydays. 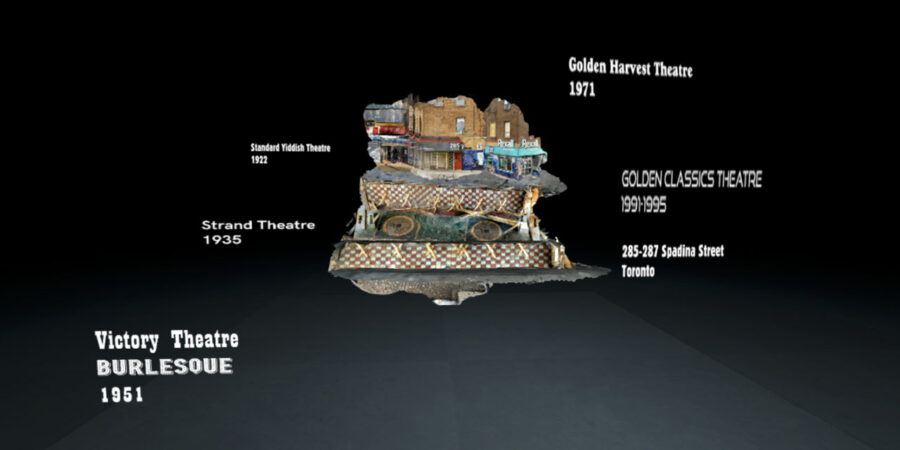